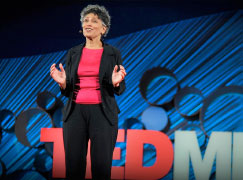 The New York City Department of Health and Mental Hygiene, New York, launched their Race to Justice initiative to reform internal policies, practices, and operations to advance racial equity and social justice across the Department. The initiative builds staff skills to address racism, implements policies to lessen the impact of structural oppression, and strengthens collaborations with communities across the city.

In 2014, the Mayor of New York City appointed a new Health Commissioner — one of her first actions was to create the Center for Health Equity (CHE). The Commissioner clearly stated that advancing health equity needs to be a shared priority for all divisions and agency staff, not just the responsibility of CHE.

Commissioner makes call to action against racism and oppression

Amid growing concerns about police violence and systemic racism against Blacks in the United States, the Commissioner spoke out publicly about why public health and health care professionals should address racism and other forms of oppression. In March 2015, she authored “#BlackLivesMatter – A Challenge to the Medical and Public Health Communities” in the New England Journal of Medicine, where she cited critical research, internal reform, and public advocacy as 3 key strategies to address racism in institutions and systems. This call to action became the platform for NYCDOHMH’s internal reform process, Race to Justice.

In summer 2015, the Commissioner and CHE leaders began to put ideas on paper about how to incorporate racial equity into the Department’s policies and practices. They called in experts in racial justice transformation to inform how to examine their internal policies. Specifically, the Department worked with PolicyLink, who provided trainings for CHE staff and the Commissioner’s Cabinet (senior leadership at the agency); Race Forward, who provided training coaching to Cabinet members on racial justice leadership and goal setting; and the Center for Social Inclusion (CSI), who had a specific focus on working with local and regional government through their work with the Government Alliance on Race and Equity (GARE), a joint project between CSI and the Haas Institute for a Fair and Inclusive Society. With support from CSI, the GARE framework became the guiding inspiration for Race to Justice.

In March 2016, CHE administered a survey to all NYCDOHMH staff to understand their perspectives on the Department’s current racial equity work. Roughly half of the Department’s 6,000 employees participated in the survey, which included 45 multiple choice and open-ended questions. Seventy-five percent of respondents agreed that racism is a major problem in New York City, 84% believed that it is critical to discuss issues of racism within the Health Department, and 33% agreed that there were opportunities in their bureaus for staff to lead racial equity work. While less than 10% said they were currently active in addressing racial inequities in their work, nearly 60% said they wanted to be more active in addressing racial inequities. The leadership saw these and other findings as promising indicators of openness and interest across the Department to engage in racial equity work.

With over 6,000 employees across 13 divisions, NYCDOHMH is the largest health department in the United States. Given this scale, it is a priority to institutionalize work across the Department. Through the leadership of CHE, NYCDOHMH has intentionally developed horizontal leadership structures — to include staff from all 13 divisions — and vertical structures — to engage staff at multiple levels, including leadership and line staff. This structure allows the Department to develop and implement workplans that aim to change policies and culture and make racial equity part of everyone’s daily work.

To begin the internal reform work, CHE staff developed a Core Team of 28 staff members: 2 from each of the 13 divisions, 1 from the First Deputy Commissioner’s Office, and 1 from the Commissioner’s office. Between February and July 2016, the Core Team met once a month for a full-day meeting facilitated by CSI staff. During this time, the Core Team did capacity building to make sure everyone was using the same language and had a shared vision for the internal reform work, and then they built out racial equity action plans around 4 different function areas.

Using CSI and GARE’s tools and experience, the Core Team assessed areas of work where they would have the most impact to advance racial equity, focusing on the essential functions of the institution that cut across all divisions. Through this process, the Core Team identified 4 core action areas: Communications and Organizational Identity; Community Engagement and Partnerships; Workforce Equity and Inclusion; and Finance Equity. Dividing into subgroups, the Core Team developed an action plan for each of these 4 areas, which they presented to the Commissioner and her Deputy Commissioners in July 2016.

With the clear plans for action, the Department moved into the second phase, where they launched the reform effort as “Race to Justice,” a name the Core Team developed to have a clear and engaging description of the work. In fall 2016, the Core Team refined their action plans and prioritized a set of short-term actions and deliverables to accomplish in 2017.

In January 2017, NYCDOHMH recruited staff from across the agency to serve on workgroups to carry out the actions and deliverables. There are workgroups for each of the 4 core areas, with approximately 20 staff members per workgroup. Core Team members who helped develop the workplans became the workgroup managers and coordinators. Each of the 4 workgroups is also co-chaired by a Deputy Commissioner to have clear accountability and communication with Department leadership.

CHE also recruited 28 workshop facilitators for a fifth action area — the training of all staff. CHE staff worked with CSI and the Interaction Institute for Social Change to develop a 1-day Core Workshop curriculum to help normalize conversations about racism and develop a shared analysis for racial equity across the agency. The consultants also designed and led a 9-day training for the staff facilitators to prepare them for implementing the Core Workshop. The Core Workshop will be offered to all staff. While it will not be mandatory, the Department is developing plans to promote the workshop and strongly encourage everyone to participate.

NYCDOHMH used an open recruitment process to invite staff to be a part of the Core Team and the subsequent workgroups. The goal was to identify a diverse group of staff who could be early champions and leaders for racial equity and social justice at the agency. Specifically, the Commissioner’s office emailed all staff with a description of what the work entailed and how many hours a month were required and asked them to fill out a questionnaire if they were interested in participating. In total, 160 people applied to the Core Team and 106 for the workgroups. CHE staff and others selected participants using a structured review process with a common rubric to assess interests and desired skills while also taking into account individual identities and roles with the agency to ensure the Core Team and workgroups were diverse along multiple dimensions.

The CHE team established clear time commitments — for example, how many hours a month they expected Core Team members to participate — and met multiple times with senior leadership to gain support for their staff’s participation in the Core Team and workgroups. Staff note that it is a challenge to balance their existing workload with the additional responsibility of participating in Race to Justice workgroups and related activities. However, through Race to Justice, NYCDOHMH aims to build a culture and practice where racial equity work and participation in similar cross-division collaborative planning and decision-making processes are part of daily responsibilities, not an addition.

CHE and Race to Justice staff worked with a number of consultants to help them develop their trainings, strategies, workplans, tools, and other resources to advance racial equity and social justice in the Department. As mentioned above, the Department worked with PolicyLink, the Center for Social Inclusion, and GARE. In addition, the Interaction Institute for Social Change helped design and facilitate processes for social change rooted in racial justice principles, including training nearly 70 NYCDOHMH senior leaders in collaborative leadership skills. CHE also worked with the Perception Institute, which conducts research on the mind sciences to explain how human brains work in ways that can perpetuate racism and systems of oppression, and how NYCDOHMH staff may carry biases that inform their planning, contracting, hiring, and policy decisions.

In addition to the formation of the horizontal and cross-division Core Team and workgroups, CHE staff are also supporting the development of action teams, connected to Race to Justice, within each of the 13 divisions. The goal of the vertical action team structure is to engage staff at the bureau and programmatic level in racial equity work, creating spaces for learning, planning, and implementation within each division.

“Our goal is to not just have a small group of staff engaged in the workgroups, but to have the majority of staff say, ‘Racial equity is part of my work,’”

“We need people at all levels of the agency to see this as part of their day-to-day work, because that is where implementation and the possibility for changed outcomes happens. We know that the government and administration change every 4 to 8 years, so we are thinking about what are the strategies we need to develop in the short term to allow for the sustainability of the work. Transforming the city agency will take a while, so what are the early steps we need to take now to ensure that we have the time to transform the agency over the long term,” says the CHE Director of Health Equity Capacity Development.

Race to Justice plans to re-administer the all-staff survey about current practices and opportunities to advance racial equity within the department every 18–24 months. The staff found that the results from the first survey were helpful for action plan development and anticipate subsequent surveys will also help inform next steps, as well as broadly assess impacts of the effort on staff perspectives of the agency and its work. CHE also plans to continue working with supervisors, administration divisions, and the Office of Labor Relations to identify ways to better support staff in participating in Race to Justice activities alongside their current workplans.

Race to Justice is planning and will implement various evaluation methods for the different action areas, including evaluating the impact of the Core Workshop on staff knowledge and attitudes, as well as longer-term impacts on changes in staff practices; assessing dissemination and impact of the action plan strategies across divisions and bureaus within the agency; and evaluating the collaborative staff engagement processes and structures that are central to how Race to Justice conducts its work.

Additionally, NYCDOHMH will continue to work with GARE, particularly on efforts to organize across city agencies to develop and advance a racial equity agenda for the city. 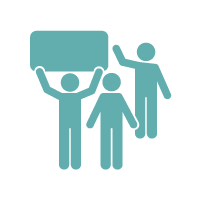 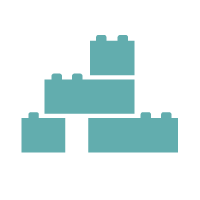 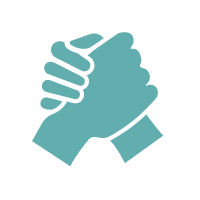 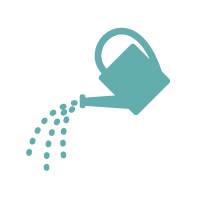